This global mapping will create a compendium of international, regional, national, and intranational legal frameworks that will offer a clear and searchable database of legislation on academic freedom around the world. It is hoped that this database will contribute to a comparative understanding of the current state of academic freedom. We expect the database to be continuously updated as changes and amendments in regulatory frameworks occur.

The Global Mapping of Regulatory Frameworks on Academic Freedom has been coordinated by Dr Milica Popovic, while in the research team participated: 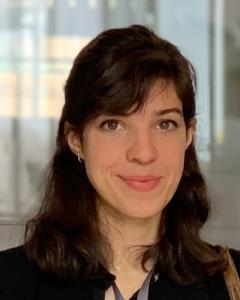 Sophie Bisping is currently a BCL/JD student at McGill’s Faculty of Law. She holds a bachelor’s degree in Liberal Arts and Philosophy, and a master’s degree in Transcultural Studies and International Public Policy. Prior to her legal studies, she has worked for the Max Planck Institute for International Peace and the Rule of Law on comparative constitutional law and capacity-building workshops for Sudanese and Moroccan lawyers. She has also worked for the German Parliament in the context of the International Parliamentary Scholarship, specializing in issues of cultural policy and foreign affairs. Sophie is currently an associate editor for InterGentes – the McGill Journal of International Law and Legal Pluralism. 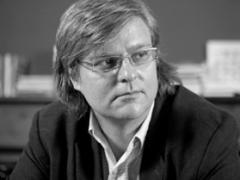 Dr Dmitry Dubrovskiy is currently Threatened Scholars Initiative Fellow (non-residential) within the Global Observatory on Academic Freedom at the Central European University in Vienna and a Research Fellow at the Center for Independent Social Research in St. Petersburg. Dubrovskiy holds a PhD in history and is an alumnus of St. Petersburg State University and the European University at St. Petersburg. He founded in 1999 and directed till 2005 the Ethnic Studies Program at the European University at St. Petersburg. He was also the founder and lecturer of the Human rights program at the Smolny College of Liberal Arts and Science from 2004-2015. He was a visiting lecturer at Bard College (New York), Witwatersrand University (Johannesburg), and adjunct assistant professor at Harriman Institute, Columbia University (2015-2017). Until March 2022, Dubrovskiy was an Associate Professor at Higher School of Economics in Moscow, when he left Moscow and is currently residing in Europe. His latest publications include an article co-authored with Irina Meyer: "Academic Freedom or Freedom of Speech? Russian Social Scientists' Understanding of Academic Freedom", Demokratizatsiya: The Journal of Post-Soviet Democratization, 30:1; and an article co-authored with Katarzyna Kaczmarska “Authoritarian modernisation and academic freedom: the contradictions of internationalisation and "pockets of effectiveness" in Russian higher education” (2022), Transtext(e)s Transcultures, n°16.